I am alive. I haven’t been feeling well. The adrenal crisis really kicked my ass and, if I’m honest, scared the shit out of me. It has taken me longer to recover than I anticipated and have had to focus my meager available energy on work. I didn’t realize how long it had been since I posted. Sorry if I scared anyone.

In the midst of these busy and exhausting last few weeks, I decided to run away from my life for a long weekend in Colorado. Colorado is my happy place. It is so beautiful that words don’t seem worthy to describe it. It is quiet and clean. It represents every amazing thing the earth is capable of. I have visited twelve times and I am always just as awed as I was the first time.

Since 2007, a series of people in my life who don’t know each other have moved to Colorado. It started when my best friend at the time moved to Broomfield from New Hampshire. I visited her several times. Then my uncle and his wife moved to Denver and then Golden. In 2014, one of my best friends, Priscilla, discovered that her masto daughter, who had such frequent severe reactions that she literally could not go outside during the day, didn’t have reactions in Colorado. Pris went back to Texas, packed up her family’s life, and moved to Summit County. It has been three years and her daughter no longer has severe reactions.

Priscilla had not spent much time in Colorado before moving there so there are still a lot of places that I have been in Colorado that she hasn’t. Last time I visited, I took her to Garden of the Gods in Colorado Springs. This time, we went to the Stanley Hotel in Estes Park, high in the mountains above Boulder. The Stanley is beautiful and interesting in its own right but it is most famous because the Overlook Hotel in the Shining is based upon the Stanley Hotel.

I am a huge horror movie fan and like the connection to the Shining. But that’s not the reason I go to Estes Park again and again. I go because Estes Park is the edge of my personal universe. I feel very much that if I don’t watch my step there that I could just fall into oblivion. I don’t know what it is about Estes Park that affects me so much. I don’t know if it’s because it is nestled in tightly among the peaks of formidable mountains or the remoteness or the quiet. Something about standing on the porch of the Stanley Hotel and looking down at the sparse twinkling lights below makes me feel tiny against the awesomeness of the universe. The whistling of emptiness is palpable as it runs down these peaks and into the valleys below. It is both lonely and heartbreakingly beautiful at once, both somewhere I enjoying being and somewhere I fear being abandoned.

The last several weeks have been difficult for me. Fall is always hard and the adrenal crisis really exacerbated things. I have almost no energy and am so tired that it takes a huge amount of effort to make my brain work. I find myself needing more sleep and I have always needed a lot. I am having a lot of pain and am so sore that I haven’t done yoga in a couple of weeks. I am limiting my activity and keeping my stress level down. Fall and early winter are always hard for me and I know I will feel better in January. I’m biding my time and listening to my body to give it what it needs in the meantime.

If I’m honest, I was not in great shape for travelling when I went to Colorado. Traveling has been mentally taxing for a while because getting on a plane with luggage full of IV fluids and meds and syringes is not easy. This is different. I am not recovering well from the physical strain on top of feeling generally poorly when I left. Travel is hard on my body and I can’t deny that as time it goes, it is getting harder. Each trip takes longer to recover from. I spend most of my time in bed when I arrive.

I had to stop traveling for years because of my health. Every trip I take now feels like a gift. It is frightening to imagine that the physical strain of travel may eventually become insurmountable. I won’t lose travel. I can’t lose travel.

I don’t know long I will be able to travel. Hopefully I have years left. But just now it feels like my body might not allow that. It feels like I’m walking along the edge and if I fall, I will never get myself back. 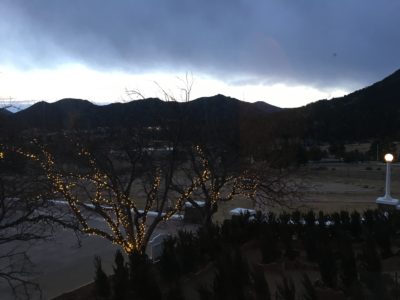 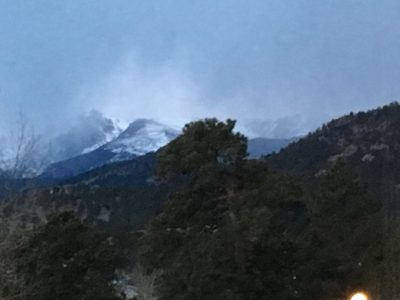 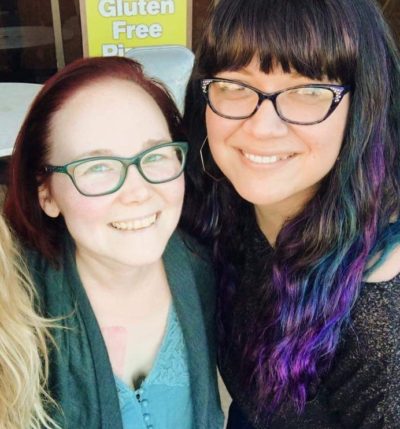