We are in the process of making some changes here at MastAttack, including building a team to help manage the site, the group, and access to me, in general. We recently have begun the process of digging through the huge backlog of email and FB questions for me. This will help to prioritize things that need my attention and allow me to focus more on my health, my job and my family.

I wanted to introduce everyone to Mikal Mowdy, who has come aboard to help with MastAttack. Many of you likely remember her daughter, Yzzy, who was cured of systemic mastocytosis and hemophagocytic lymphohistiocytosis when she received a bone marrow transplant in January. She has a wealth of mast cell knowledge and will help me to respond to questions.

Please join me in welcoming Mikal! 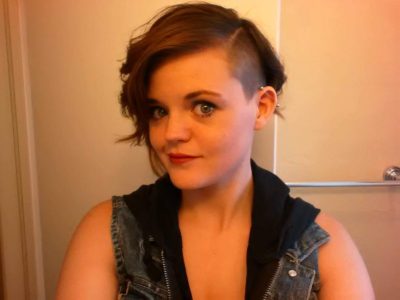 77. Can you have anaphylaxis with high blood pressure?

The definition of anaphylaxis
Anaphylaxis and mast cell reactions

76. Is it true that allergic reactions can cause heart attacks?

75. What other diseases and disorders are commonly associated with mast cell disease?

I often joke that it would be easier to list what conditions are not commonly associated with mast cell disease because so many conditions occur alongside it. However, there are some conditions that you see a lot in the mast cell population relative to others. In every instance, mast cell disease has the potential to irritate the other condition and vice verse.

Dysautonomia. Dysautonomia is a condition in which your body’s autonomic nervous system doesn’t regulate essential bodily functions correctly. POTS is the most common form of dysautonomia found in mast cell patients but other forms occur, too.

Mast cell patients commonly have MCAS, EDS and POTS together. They cooccur so commonly that some experts think that that this presentation is actually one overarching disease rather than three separate ones affecting mast cell patients.

Immunodeficiency. Conditions that specifically impair a person’s immunity, especially those that affect T or B cells, like SCID or CVID, are not unusual in mast cell patients.

Allergies. Some mast cell patients have true IgE allergies or other allergic disorders like atopic dermatitis.

Autoimmune disease. Autoimmune disease is more common in MCAS patients than in SM patients. The specific disorder could be virtually any autoimmune condition, including rheumatoid arthritis, lupus, Hashimoto’s thyroiditis, autoimmune urticaria, and many others.

Adrenal insufficiency. The body’s mechanisms for produce stress hormones like cortisol can become dysregulated in mast cell patients. This results in a situation in which the body does not make enough steroids of its own to take care of the body during periods of stress. Patients with adrenal insufficiency are dependent upon daily steroids to stay safe.

Chiari malformation. This condition affects the space around a person’s brainstem, causing a wide array of symptoms. Some patients have surgery for this condition.

Asthma. It is difficult to draw an exact line where mast cell disease ends and asthma begins in mast cell patients as the symptoms can be virtually identical.

This list is not exhaustive. Many other conditions sometimes occur in mast cell patients.

I’ve been trying to get this post out for a few days. I feel like it’s not finished and sharp in the wrong places but I feel like this needs to be said so I’m saying it now.

I do, however, have mast cell disease. It was a few months before it occurred to me that having mast cell disease might be scary. There wasn’t a lot of information available on it and I didn’t have great journal access then, so I wasn’t able to validate those fears. But I was still afraid. Just a little, at first. And then another several months past and I started having major organ involvement. And I started being afraid for real. This time, my fears were validated.

But the truth is that’s not really the case, if you think about disease and what it does to a person and all the ways it kills them. It’s true that a person with ASM is not likely to die in the same way as an MCAS patient. A patient with ASM will die from mast cell disease if the thousands of extra mast cells burrow into their organ tissue and destroy that tissue so much that the organ stops working. That’s not what happens in a patient with MCAS. But a patient with MCAS can die in other ways. They can die from anaphylaxis and complications of huge steroid doses and side effects from chemo and sepsis and not being able to afford their health care costs and not having insurance and not being able to face one more minute of the humiliation and desperation that is begging for care from people who don’t want to provide it. All of those things can kill a person, too.

Defining death from mast cell disease along by delineating along the lines of organ failure is disrespectful, unfair and missing the point. All of us who have spent years living inside the data of this disease have done it, including me, and we should be sorry. I am. It has never been my intention to characterize MCAS as less serious than other forms of mast cell disease but I think I did anyway, and whether or not I wanted to do it doesn’t change that. I am sorry for doing this. It is not okay. I am committed to doing better in the future.

Fall is a difficult time for mast cell patients. It’s a lot of change at once. It’s new routines and major environmental upheaval. It’s triggers on crack. Season changes are always hard for us but autumn is harder, I’m not sure exactly why. But in the same way that I associate September with ports, I associate fall with mast cell patients crashing and dying. This year has been no different.

In the last several weeks, we have lost a number of mast cell patients across a variety of diagnoses, to the tune of six in six weeks. It’s painful to even type that. One of them was my friend, an SM patient who died of complications of anaphylaxis. Another was a touchstone in the MCAS community, a young woman who did a great deal to comfort others, and who undoubtedly died of complications of MCAS. Still another died of suicide. These last few weeks have been so, so crushing.

There is a very, VERY good chance that you will live a full life with a normal lifespan as a mast cell patient. But it’s not enough to say that people don’t die from non-malignant forms of mast cell disease because “almost nobody does.” Those “almost nobodies” are somebodies, and they are people with lives and dreams and futures they don’t get to experience. They do not deserve to be lost in the data, digits rounded down to zero.

On prognosis and dying from mast cell disease

I am not there. I do not sleep.