The currency of suffering

I have always been fascinated by medicine. I have very early memories of playing with a Fisher Price medical kit with a doctor’s bag and facsimiles of instruments in faded plastic. I had an assortment of “medical books” as a kid, including part 2 of a medical dictionary published in 1993 that covered I-Z. If your condition was in A-H, it was out of my hands.

As strange as this sounds, one of the things I have always appreciated about medicine is the lack of aesthetic sanitation. Medicine shows things as they really are. Not practitioners, not doctors or reports – that’s different. But medicine in the purest sense is inherently graphic, unencumbered biology. It is blood and cells and inflammation and organs, physiology that works around defects structural or functional. There is no pretense. Medicine is gross.

Over the course of my life, I have seen medicine become more visible, more mainstream, better accepted and better understood by society. Initially, the stories about medicine consumed by the public were sanitized. A lot of pain, a lot of consequences, very little blood, puke and stool. Bald heads but not packed wounds, darkened loose skin but not skin taut and stretching to contain the liters of edema beneath it. Society mostly endorsed the idea of being sick without the putrid physical evidence of it.

But then Al Gore put all those tubes together and the internet became a thing. Online articles and email became a thing. Then blogging and social media. Personal revelation became more prized and lauded and the demand for new material was large. This intense interest in revelation and soul searching skewed favor towards people who had a renewable resource of emotionally trying things to reveal. We became invested in the daily lives of these people. A lot of those people were sick.

There is a fetishism about sickness that can be deeply trying. The interest is not just about the illness and how we live with it. It is about the attitude and the perseverance. People think there is an honorable way to deal with illness that is almost transcendent. There are two diverging paths stemming from a single point: the desire for deep, graphic revelation in tandem with the exclusive public expression of hope and lessons learned. There is a currency in suffering.

I am generally optimistic and hopeful. It is my preferred coping mechanism and is genuinely how I perceive the world and myself in it. I am also a deeply analytical and pragmatic person. It is sometimes difficult for people to reconcile the fact that I am hopeful about the future while simultaneously being very realistic and raw about my life.

I am recently having a hard time with the expectation that I should police my speech when talking to others about my health. If I’m honest, it’s less a hard time and more something that enrages me. It’s not okay that sick people are so often put into positions where they are expected to comfort others about the fact they are sick. It’s not okay that by talking frankly about complications of my disease and how sick I am of puking up everything I eat and how it takes me six hours to get stool out of my body, I am accused of being negative.

The difference in reaction to serious health news is vastly different among people who are chronically ill and those who are not. And it’s not really talked about because so often, we care a lot about these people who are trying to change the narrative of our stories. The difference is stark. Last week, a dear friend who is also chronically ill asked if I had a current will that had details of who I wanted to care for my animals if I pass. (I do). Shortly after, while talking to a very well intentioned person, I was repeatedly shushed and talked over with such phrases as “God forbid” and “You can’t give up like that” and “That’s giving up” and “You just have to fight”.

Every second of every day is a fight. A gross fight. A fight with blood and shit and needles and so much puke. A fight when your head feels like it is being crushed and you need to not puke to keep down your oral meds and you are in bed 18 hours a day. A fight that generates an unbelievable amount of trash in piles on every countertop and table, flush wrappers and syringe caps, used alcohol swabs, and sharp containers filled to the brim. A fight to remember which pharmacy I have to call today and what I have to get approved by insurance and what appointments I have and which I need to schedule and what meds need to be filled. I fight, even if people think me being frank is giving up. Every second, I fight.

I am real. My diseases are real. The mess and the garbage and the grossness are real. The expectations and the danger of being this sick are real. None of this is internet magic. My port is real, the constantly getting my lines tangled is real, the screaming into a towel while trying to stool is real. My scars from my ostomy, from my PICC line, from my other surgeries, are all real. The voids inside me where pieces have been taken out of me are all real. The planning for a future in which I can’t work or will succumb to this disease sooner than later is all real. The taking medication every thirty minutes while I’m awake is real.

It is not my job to make people feel better about the fact that I am sick. It is my job to stay alive. 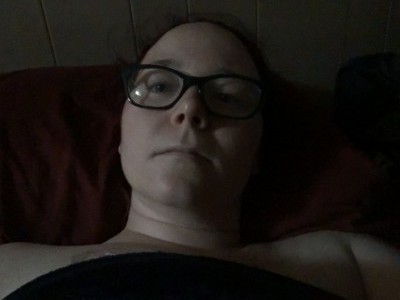