The day I was diagnosed, I left the hospital holding a piece of scrap paper with notes all over it. I occasionally come across it again while looking for reports in my massive collection of medical documentation. The paper is soft along the folds, but the ink is still bright. Words jotted down haphazardly surround a crude drawing of a mast cell heavy with granules. Words to explain my disease and its accompanied wreckage.

In the weeks that followed diagnosis, I said the words out loud when I was home alone. I turned them over in my mouth until the edges were smoothed, the jaggedness smoothed like a river stone.

I arrived in Beijing on Tuesday afternoon. It was cold and raw there, the kind that makes every movement feel heavy and dully painful. The city was overlaid with soft fog, fluffy and moist. It looked sleepy. Our wonderful tour guide apologized for the poor visibility but I liked it, this ethereal dressing. In fairy tales, that’s where magic happens.

On Thursday morning, we went to the Mutianyu portion of the Great Wall. We walked up to a cable car that delivered us into the heavy mountain fog. We made a short climb up slick stone steps to reach the wall, visible only in glimpses through this wet cover.

The shrouding was so complete that I could almost believe that if I stepped off the wall into the fog, I just might disappear. We were high above the world. We were in the sky.

There was a sharpness to walking through the mist in this place that had borne witness to eons of man. I can’t find the right words to express how it felt to walk along the Great Wall. If let down was a positive feeling, it might feel like that. I was awestruck by this experience. It could not have been more amazing for me. It feels like putting down something I carried for so long that my body began to accept it as its own. It is the knowledge that after so long, I will never again see the Great Wall for the first time because I already did.

I saw the Great Wall after years of doubting I would see it at all. I did this impossible thing. I wanted to cry tears laden with the salt of all the impossible things I had hoped for in that place where it seemed the very mountains were crying, too. Hope is the only way forward, but it can be so, so heavy.

Our tour guide explained the function of the Wall, its amazing length and structure. It was designed to prevent invaders from returning, watchtowers manned with sentries. It surprised me that the mountains themselves weren’t enough protection without the wall. I’m not sure that the wall was ever any better than the mountains alone. But the people believed it did and that made them better. Maybe it gave them hope.

A lot has changed since I was diagnosed. The words I smooth are different now. They are still painful. But if I think of the coolness of the stone, the feeling of another world encroaching, the realization that dreams come true, maybe when I say these words, they can mean that, too. 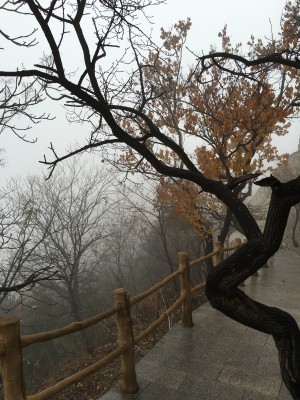 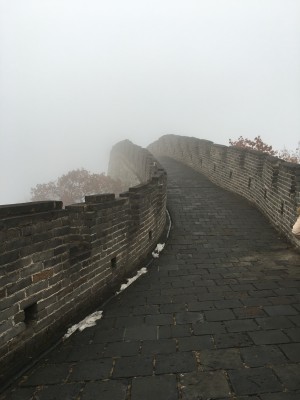 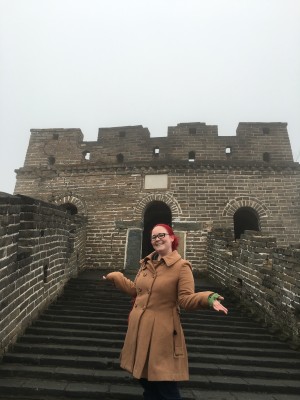