There are a number of other conditions that present with similar features to chronic urticaria and angioedema.

Conditions that can present similarly to chronic urticaria are listed below.

Swelling of the upper eyes can be mistaken for angioedema, but in some people may be a symptom of thyroid ophthalmopathy, thyroid driven eye disease. Development of urticaria for during pregnancy is not unusual. Cyclical urticaria can be from autoimmune progesterone dermatitis. Episodes of angioedema with accompanying weight gain can be caused by Gleich syndrome (episodic angioedema with eosinophilia).

Cutaneous mast cell patients demonstrate a variety of urticaria-like lesions, including urticaria pigmentosa, mastocytomas and telangiectasia macularis eruptive perstans. Mast cell activation syndrome can also cause angioedema and urticaria, but generally these are not the only symptoms.

Erythema multiforme looks like urticaria but is often due to viral infections, mycoplasma infections or some medications. Bullous pemphigoid can initially present with hive-like welts or small plaques that do not always blister in early disease. Swelling of the lips in the absence of eczema can indicate cheilitis granulomatosa.

Schnitzler syndrome can cause non-itching hives that exclude the face, bone pain and intermittent fevers. These patients also have IgM or IgG monoclonal gammopathy.

Angioedema in the absence of urticaria is rare. There are a few conditions that can cause it.

Hereditary angioedema (HAE) is caused by C1 esterase inhibitor deficiency (in type I, 80%-85% of cases); or dysfunction (in type II, 15-20%).  People with HAE do not have coincident urticaria. HAE is inherited in an autosomal dominant pattern, but up to ¼ of patients develop the condition through spontaneous mutation rather than through inheritance of the gene. About 40% of patients have their initial attacks before the age of 5.

Acquired angioedema (AAE) is caused by antibodies to C1 esterase inhibitor, which is usually caused by cancers of B cells. AAE is more likely to develop in older patients (usually fourth decade of life or later) and family history of angioedema is generally absent. AAE is also more likely to develop when an autoimmune disease or proliferative blood disorder is present.

Angioedema associated with these conditions can affect any part of the body, including limbs and abdomen. Patients with abdominal angioedema are often misdiagnosed as having an “acute” abdomen that requires surgical intervention. It is not unusual for patients to present initially only with abdominal swelling. Both HAE and AAE have a number of common triggers, including infection, emotional or physical stress. or trauma. Importantly, they are not caused directly by histamine and other mast cell mediators and as such are not responsive to antihistamines and corticosteroids.

There is also a form of angioedema specifically induced by treatment with ACE inhibitors. It can be relieved by discontinuing ACE inhibitor therapy.  Idiopathic angioedema can also occur in the absence of urticaria but is more likely to respond to prophylactic antihistamine use than HAE or AAE.

Edited to add: I removed the following line from the first HAE paragraph: “Type III is estrogen mediated and only found in adult women.”  This statement is inaccurate,  I mistakenly included i, as I had originally noted it when reading a paper from 2007.  I am doing a follow up post on HAE that will elaborate further on the different subtypes and treatment.  Many thanks to the reader who caught it!

There are several pathways that can culminate in angioedema and urticaria.

Activation of mast cells by IgE is the most well known mechanism. When IgE binds to receptors on mast cells, several things happen. The mast cells release histamine. This in turn causes dilation of the nearby vessels and causes fluid to leak from the bloodstream into the tissues. This causes nerve cells to activate and release substance P, which also contributes to vasodilation and causes mast cells to release more histamine. In response to activation by IgE, mast cells will also produce PGD2 and leukotrienes C4 and D4.

The complement system is one of the ways our body identifies infectious agents and triggers the immune system to kill them. Complement proteins are in the blood all the time, and they can be activated by three distinct pathways, all of which are triggered by pathogens: the classical pathway, the alternative pathway and the lectin pathway. Regardless of which pathway activates the complement system, the molecules C3a, C4a and C5a are produced. These molecules bind to receptors on mast cells and induce histamine release.

Following initial dilation of local vessels, proteins that normally are found in the plasma move into the skin. This activates the kinin system, which produces bradykinin through a series of steps. Bradykinin is a very powerful vasodilator and contributes significantly to loss of volume from the blood stream to the tissues.

C3a, C5a, PGD2, and leukotrienes C4 and D4 all draw other inflammatory cells to the site of activated mast cells. These cells release further molecules to stimulate histamine release. This mechanism perpetuates inflammation beyond the original insult.

Bradykinin levels are normally controlled by the enzyme ACE. When patients take ACE inhibitor medications (like Lisinopril, etc), this interferes with bradykinin degradation and cause urticarial and angioedema.

Many autoimmune conditions cause the formation of IgG1 and IgG3 antibodies. These molecules can interfere with the complement system and cause production of fragments that activate mast cells, like C3a.

There are several non-immunologic methods that can result in angioedema and urticaria. Heat or pressure on the skin; radiocontrast dyes; alcohol; vancomycin; opioids; and foods like shellfish and strawberries have been linked to these conditions.

The exact incidence of immediate anaphylaxis from anesthesia or surgery in mastocytosis patients (or mast cell patients, more generally) is not known. Only a handful of these events have been reported in literature; however, it is likely that the majority of uneventful procedures were not tracked, so statistics are unclear. To date, there have been no controlled trials investigating anesthetics in mast cell patients.

In 2014, a paper was published entitled “Perioperative Management of Patients with Mastocytosis.” This paper is excellent and addresses the specific issues that may arise for mast cell patients before, during and after surgery. I recommend you provide this reference to any doctor involved in your surgical/procedural care that is unfamiliar with mast cell disease.

Mastocytosis patients are at risk for activation by a number of triggers, some of which cannot be avoided in the surgical setting. For this reason, suppression of mediator release in advance of surgery is recommended. The following pre-medication protocol is recommended for mast cell patients for all major and minor procedures and for radiology procedures with and without dyes:

This protocol was developed for the Mastocytosis Society by Dr. Mariana Castells and the original can be found here: http://www.tmsforacure.org/documents/ER_Protocol.pdf

Common triggers for mast cell patients in this setting include:

The opposite of being alone

Last Thursday morning, I flew to Los Angeles for the long awaited meeting with my mastsister Addie and her family. I arrived at Logan Airport two hours before my flight. I have flown seven times in the last year so I am overly familiar with the routine. I carry on one suitcase with medical supplies and clothes, a laptop bag with my computer and my backpack that holds my IV supplies and infusion pump. I carry a letter from my doctor stating I need these things when I travel; aside from the fact that the large fluid bags are always swabbed for explosives, it is never a problem.

I was deposited at the gate almost an hour before my flight. Anytime I book a flight, I call the airline to reiterate that I need to infuse while I fly. They always seat me in the first row so there is more room for people to navigate past me when leaving the row. I have been advised that since the IV line is attached to my body, the FAA views it the same way as an insulin pump, and that I just have to hold it in my lap while we take off and land.

The gate agent came over and began asking questions about my backpack and IV fluids. I told him that it is attached to me, showed him the bag and pump, provided my letter. He and his supervisor made several phone calls and peered at me from behind the counter while talking about me in hushed voices.

The man came back over and asked if I had a fit to fly form. Most of the flights I have taken this year were with this same airline; I took two flights with them just over a month ago. I have never been asked to provide this form and would have gotten one had I been told to.

They continued calling people. I was now the only person not boarded and getting pretty irritated. I walked over to the counter and asked them what was going on.

“If you need IV fluids, then our medical team says you can’t fly,” he told me.

I explained that I had done this several times in the last year and had a note from my doctor that says “Lisa needs the following medications on her person when flying” which would obviously not have been proffered if I couldn’t fly. I explained about my disease and that I have lived with it for a long time and was fully capable of handling any symptoms. They decided I could board the plane but stopped me feet from the plane. The pilot came out and asked further invasive questions about my health and about my IV fluids, which had already cleared security. (In case you’re all wondering, the answer is that no, my IV fluids are not explosive.)

They let me board and the entire population of the plane stared at me while the crew discussed whether or not I was, in their estimation, healthy enough to fly. With their exchanged looks, I felt my personhood being stripped away. All that was left was a complication.

I keep thinking about that other life, before I looked sick enough that a gate agent felt entitled to ask me deeply personal questions about the state of my health. I did so many things. I went to a lot of places. I was able, physically and mentally. And now I’m… not able? Unable? I don’t know what I am, but whatever it is, I’m not the same.

It’s hard to live in the present sometimes. It’s hard not to compare everything I do to a previous iteration that came before I got sick. I can feel myself walking backwards, covering every step I took to get here, trying to find the moment when my fate was sealed. I wonder if I had known back then what was wrong if it would have made a difference. I wonder if I would still be this way, if I would still be unable.

I landed in Los Angeles six hours later without so much as a mast cell hiccup, my infusion pump clicking along happily. Addie and I compared ports and medicines and discussed Frozen at length.  We camped at Newport Beach this weekend and met up with some other masto friends. Ten people with mast cell disease on a beach by the bay, looking for dolphins in the evening light. Ten people with mast cell disease swimming and accessing ports and taking Benadryl and listening to coughs and eating smores. It was calm and breezy and safe. It was the opposite of being alone. 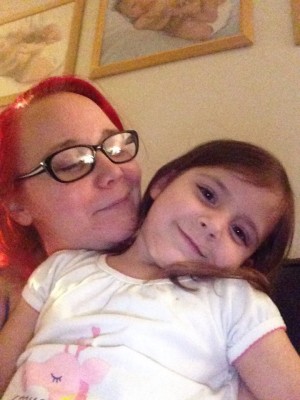