The year we got winter all at once

Hello, dear readers. I am reporting to you from the frozen wasteland of Boston. You may have heard that we got some snow. And we have. We have gotten all the snow. All of it. At once.

People seem to be very curious about this, so I’m going to give my version of events. Because before I was a scientist and before I was a mast cell patient, I was a Bostonian. And whether or not I’m happy about it, I am witnessing Boston history being made right now.

I have lived in the Boston area all my life. So have my parents.   For people who aren’t familiar with Boston, we get very hot, very humid summers; pleasant, rainy springs; amazing, colorful, brisk autumns; and Winter.

Boston winters are snowy. They are stormy. Boston is situated in the northeastern US in a region called New England. New England is known for a very specific type of storm, called a Nor’easter. These are serious storms and can be very dangerous. They cause very strong winds (sometimes hurricane force), major coastal flooding, and very heavy rain or snow, which can bring the visibility down to virtually nothing.

Anyone who has spent a reasonable amount of time in Boston has experienced a Nor’easter. We get memorable ones a few times a decade. In February of 1978, Boston was hit by the Blizzard of 78, a catastrophic Nor’easter in which blizzard level snow fell for 33 hours. Snow accumulation in Boston totaled 27.1 inches (69 cm). Over 10,000 people had to evacuate from their homes. 54 people were killed. A ten year old boy walked into the snow outside his house and vanished. His body was found three weeks later, mere feet from his front door.

The Blizzard of 78 is a very important cultural touchstone in Boston. I was not alive for the blizzard, and my friends who were alive were young. However, our parents were the right age to experience the full brunt of the storm. People were forced to abandon their cars on major highways and try to walk to exits. Power lines and phone lines were down in many places. Stores were closed. Public transportation was not running. Gas stations weren’t open. It was impossible to get in touch with friends, family or work for several days.

My parents remember the mayhem of 78 and I grew up hearing about it anytime it snowed. Bostonians have a very specific pattern of preparing for storms. We go to the grocery store (supermarket) and buy milk and bread. I’m not clear on why those are the things we are told from a young age to buy, but that’s what Boston parents do. When you get home, you pull out all your candles and flashlights. If you live directly on the beach, you may have additional preparations, like boarding up windows. And then you wait. You watch the news. Sometimes you lose power. Sometimes you lose heat. It all eventually passes.

This winter we had almost no snow at all before January 26. On January 26, the Blizzard of 2015 (also known as Juno) hit Boston. We had warning, and being a good Bostonian, I went to the grocery store to the day before. In addition to going to get groceries, there also seems to be an unspoken rule among a significant portion of the Boston population that you must also panic and behave irrationally. And that is how, on the day before the Blizzard of 2015, I came to be at a Whole Foods in Charlestown, MA, watching hipsters ram each other with their shopping carts trying to get to the last bunch of organic kale. I got home, pulled out all of my candles, cooked a bunch of safe food, and bunkered down. The state instituted a travel ban that night so there would be no repeat of 78 on the highways.

I live in a basement apartment, so there was a real concern I would not be able to get out of my apartment with the anticipated snowfall. I woke up on the 27th to about two feet of snow against my front door. My stairs were buried. I started pushing the snow around but Astoria just ran right up. My door opens into our fenced yard. The fence is about six feet high. The drifts almost obscured it. The gate couldn’t be opened.

It was overcast and grey. The world seemed sort of muffled. The snowflakes were big and the snow was light and fluffy. It looked like the snow in one of those sparkly Christmas cards. That afternoon, I went to my parents’ house, three doors down. Astoria and I had to leave through our upstairs neighbors’ home because we couldn’t open the gate to the yard. The snow outside was fully up to my waist. It was unreal. 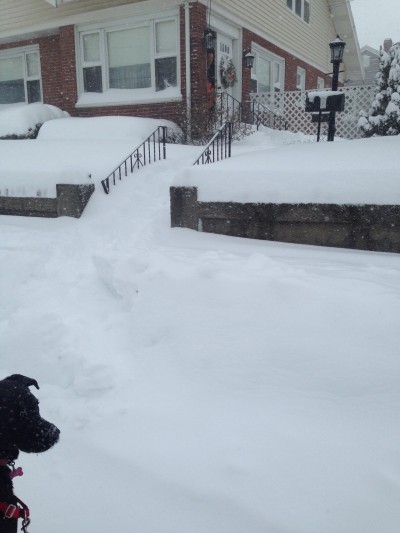 Waist high snow outside of my home.

We were not managing well with the snow. I don’t really think this is the fault of any one thing, but we weren’t. We didn’t have enough plows or enough people to shovel sidewalks or curbs. People were walking in the streets because the alternative was wading through three feet of snow on the sidewalks. And the streets were icy and snowy, too. Drivers couldn’t see around snowbanks. Traffic was unbelievably bad. It took me 2.5 hours to drive to work. I live less than ten miles from work as the crow flies. And it took me 2.5 hours to get home, on the train. On February 10, all train service was suspended. Before this happened, there had been trains disabled on the tracks for hours.

On February 14-15, we got another 12 inches of snow (30 cm). Except this time, we also got an unprecedented cold snap. On February 15, when I let my dog that morning, it was -3°F, and wind chill brought it down to -25°F. It was shockingly cold. The transit system couldn’t cope with cold of that magnitude and public transportation was again shut down. The city was offering people $30/hr to shovel off the train tracks. 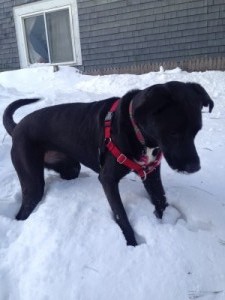 That’s a six foot fence behind her buried in the snow. 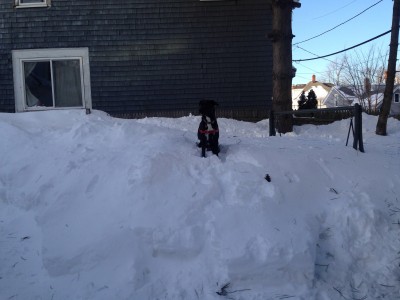 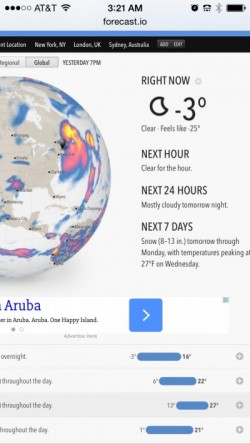 There was also another storm in there somewhere that I can’t remember because so much snow and also it has basically snowed at least a little every day since the first blizzard at the end of January. As of yesterday, this winter has seen a total snowfall of 96.3 inches, second only to the 1995-1996 season, a record of 107.6 inches. But in 1995-1996, that snow fell over the whole season. Boston has gotten 96.3 inches in 22 days. And let’s be real, this winter isn’t over. In Boston, it can snow well in “spring”. My freshman year of college, the day I took my last spring semester final exam, it snowed.

This week, the Boston transit organization (MBTA) announced that after weeks of awful commutes, it would take 30 days to fully restore service – and that’s only if it doesn’t snow anymore. It is impossible to get anywhere. I have friends who live ten miles from work who are spending six hours commuting. I can’t drive to work because if I get stuck for two hours and need IV meds, I can’t drive. I’m afraid to take the train because I can’t get stuck standing for two hours. I also don’t want to be the first person to ever give herself IV meds on the MBTA. The situation is pretty untenable. It takes forever to get anywhere. I have never seen anything like this. We are buried in snow and there isn’t even anywhere to put it. 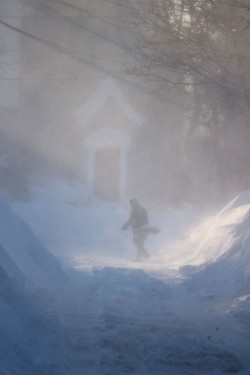 My street after the most blizzard. Photo credit: Whitney Vieira-Wall 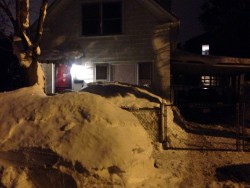 Mountains and mountains of snow 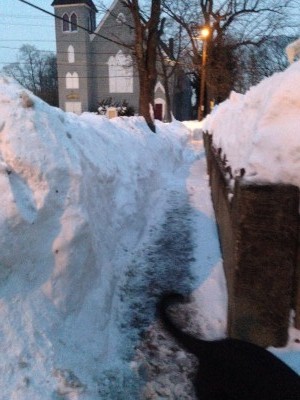 Sidewalk roulette: is it safer on the sidewalk or in the street?

It’s really isolating and people are starting to snap. The Boston mayor recently requested that people stop diving out their second story windows into the snow. So things around here have been more difficult than usual.

A couple of days ago, I decided to take Astoria for a walk.  We were both going stir crazy.  So I bundled up and took her to run around in the snow.  On the way back, we walked up a sorta shoveled path that terminated abruptly about ten feet before a plowed parking lot.  I figured I could trudge through the snow to the parking lot rather than go all the way around.

I was about half way to the parking lot when I fell into the snow.  It was up past my waist and I couldn’t get any traction.  I was 30 yards from my apartment in the middle of town.  I was stuck in the snow.  Really stuck.

I struggled for about five minutes before I decided to push the snow back and dig toe holds.  I was able to pull myself out.  II was sweating all over, my hair plastered to my face, my nose running.  lay back on the snow and laughed.  Because what else is there to do?

BUT! BUT! It won’t last forever. Spring will be come. Even if it’s a late Boston spring, it will come. And the snow will melt. We might be walking around in sundresses and sandals, climbing over snow piles, but it will melt. I know it all seems so bleak right now, but historic winters like this don’t happen often. So we just need to get through another few weeks and things will get better. 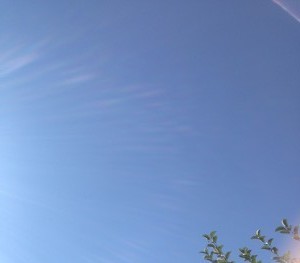 And besides. This is fucking Boston. We survived 86 years without winning a World Series. We survived the Big Dig. We survived all those awful fucking actors who think they can do our accent. We are not a people who will be defeated by this onslaught of snow.

And there will be grass! And buildings! And detail that isn’t buried under snow!

This is the 78 of our generation. This too will pass. So when you wake up tomorrow and you have dig out your car again and this bullshit is still real, just remember. It won’t always be this hard.  Soon it will warm and things will be growing and it will be wonderful.

Because it’s the same world. I promise.